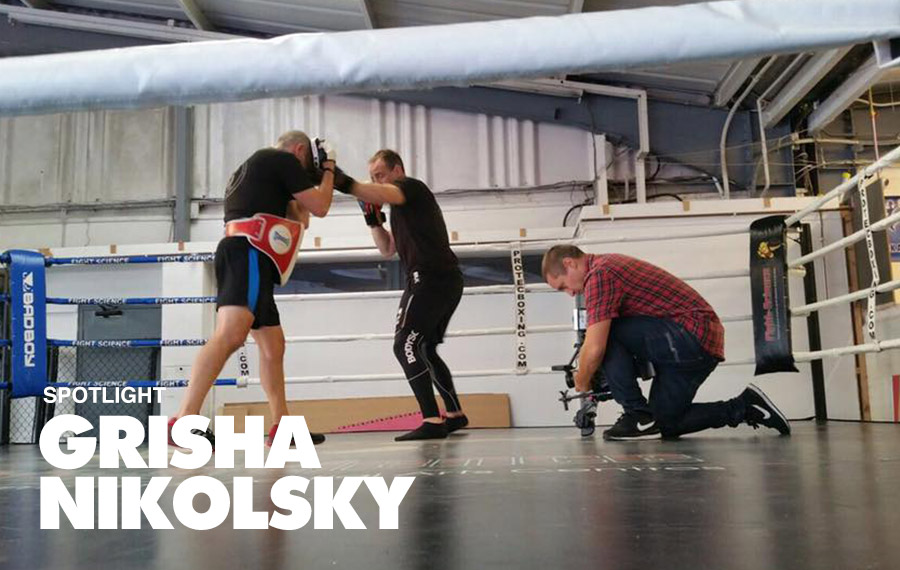 Grisha Nikolsky is a busy guy, so we can skip the niceties… he’s been with us for 10 years so let’s do that 🙂 and dive straight into what keeps him excited in his valuable role and find out his most exciting film to date!

Grisha, when did you first become interested in film?

I was originally interested in theatre and thought I would end up working there, but a chance conversation got me a job assisting on a low budget ‘Monster Movie’ and I decided to change paths.

What does your role entail?

As a cameraman, the job is a mixture of creative and technical. Before the shoot I talk to the director & producer about what they want to achieve and how we can accomplish this within budget and timeframe. On the day I ensure that whatever is happening in front of the lens looks right for the project including the lighting, framing and movement.

How did you get into this role / How long have you been with The Edge?

I’ve been at the Edge for nearly ten years and have worked in a range of roles. Prior to being here, I was an Assistant Producer in documentaries which was when I started shooting. I started out in Post Production at the Edge but kept a hand in the filming part of the job before moving to do it full time.

What has been your coolest project to date?

I spent six months following the world’s best break-dancers everywhere from Hollywood to West Africa for a feature documentary. More recently I have shot a commercial in the Middle East and charity films in rural Tanzania.

What bit of kit do you not leave home without?

I try not to be too much of a kit geek but it comes with the territory. I love having my monitor (Small HD 702 bright) on set for checking focus & exposure on the false colour and showing the producer & client what we’ve lined up. Also gaffer tape and my camera trolley, it’s not sexy but it cuts down the trips from the van!

What are some of your all-time favourite films?

Wag the dog, The Princess Bride and When We Were Kings.

What films have inspired you as a cinematographer?

And lastly, what advice would you give to someone who wants to be a cameraman?

Pick up a camera and go and film something. It won’t be good, but you can make if you can make one less mistake each time, you will improve. Every situation is different and every day a school day.

And there’s our first spotlight on one of our fabulous Edgies… look out for more features coming soon.

How to: reach your audience
Food Spots We Recommend - Part 2!!